In this great article from an expert meat specialists we get some great tips to keep in mind when butchering livestock. Even if you’re not a farmer or homesteader, Preppers should know how to butcher and prepare game as a survival skill in rough times. This involves keeping books and information on hand if you’re not already familiar with the process. Also be sure to keep a high quality kit of butchering tools on hand since the knowledge is useless without the tools to put it to practice. 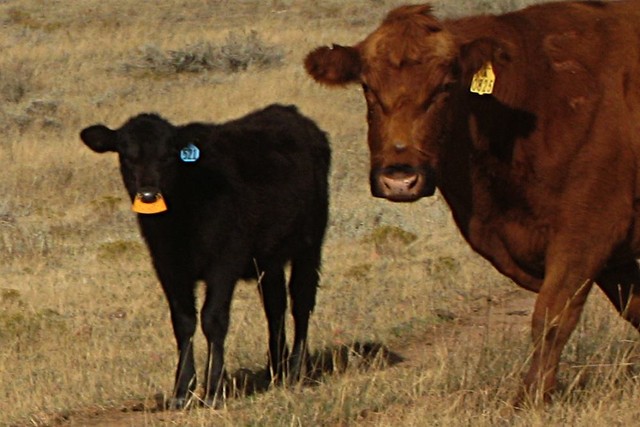 AFTER CHASING THE CALF ACROSS the farm for hours before catching it, you might want to wait a couple of days before slaughtering it for the home freezer.

Animals slaughtered after stress might not be top quality, said Warrie Means, Extension meats specialist with the University of Kentucky College of Agriculture.

They will have a different, darker color, he said, and they might have different “keepability” during refrigeration.

“Glycogen, a carbohydrate in the animal’s muscle, is used up when the animal runs a lot,” he explained. “If glycogen is not present in high enough quantities when the animal is slaughtered, higher acidity of the meat results in a darker meat.”

It takes one to two days to build the glycogen back up.

Since fall is the time of year when homesteaders will slaughter a beef, hog, lamb or goat for their own freezers, now is a good time to refresh your memory about several steps to take which can improve the quality and economy of the meat, Means said.

What’s the first thing you should consider when preparing to slaughter and process animals on the farm? Space.

Animals need to be “aged” before freezing to prevent “cold shortening,” a process where the muscles actually contract and toughen if frozen too soon.

Pork should be cooled for about two days before freezing, and beef kept at 35-40º for two to 10 days.

Use a garage, shed or barn to store animals before freezing, he said. If you use this method, make sure the temperature is between 30-40ºF. Hang the meat for a shorter period if it’s 40-50ºF, and just butcher if it’s over 50ºF.

If the weather doesn’t cooperate, make sure you have sufficient cooler space to keep the meat. If that’s not available, consider a local commercial meat processor.

Consider the animal’s age, sex and weight before slaughter.

“Generally, younger animals which have managed to gain weight at a moderate to rapid rate will be more tender and have better flavor,” Means said.

Bulls may be less tender than steers or cows, although that is also dependent on age and the nutritional status of the animal. However, bulls will be leaner at a comparable rate.

Boars often have an off-aroma that might make them less desirable, and older sheep may develop a mutton flavor that is undesirable to some people.

The two options are to butcher the animal on the farm or take it to a local processor. “Both have advantages, ” said Means. With on-farm processing, you know exactly what happens to the animal, and the cost may be lower. However, disadvantages include less sanitary conditions, lack of butchering skills and proper equipment, and improper temperature control.

In addition, most processors wrap and freeze the meat before you take it home, which is important if you don’t have adequate space for the whole animal to freeze efficiently. That could result in loss of quality and spoiled product.

Sometimes homesteaders complain that their home-raised and butchered poultry are not nearly as tender as the store-bought variety. There can be a number of explanations including differences in breeds, feeds and the differences between a cage-raised broiler and old rooster that’s been running all over the homestead.

The first question is: How long were the birds chilled before going into the freezer? Invariably the tough ones were packaged and frozen the day they were butchered.

“Aging,” in the sense of hanging a bird until in some cases it literally spoils isn’t the goal. The body heat should be removed by cooling for a day or so before freezing the meat, otherwise the meat will be tough.

This is a great book for those who are just starting: 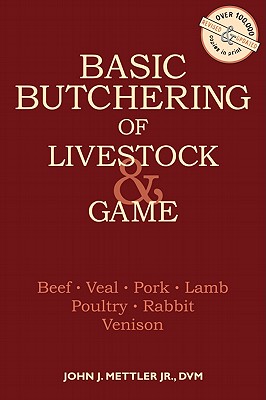