Cool your food down; With FIRE!

Don’t worry about electricity for refrigeration anymore. A scientific team from Stanford led by Adam Grosser has created a thermos sized refrigeration device that runs without electricity. Instead it creates cold when exposed to fire. How could this possibly work? 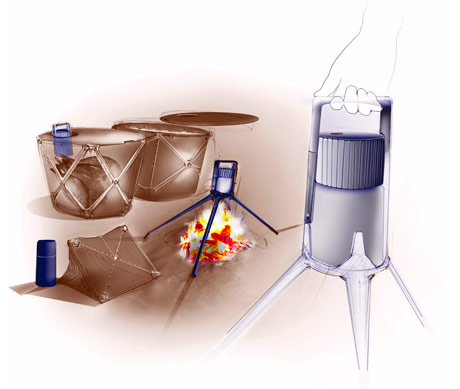 Well it works on thermodynamics. Basically the heat causes gas to move and evaporate and because of this reaction cooling takes place. Originally the problem with this type of refrigeration is that it would occasionally…..well blow up. But now thanks to modern science it is so perfectly calculated that blowing up simply isn’t a problem anymore. Read more about it here at wikipedia.

As far as I know these aren’t being mass produced, but when they are I will  be getting one. Refrigeration will be a great luxury in an electricity down scenario.