Plague, nuclear holocaust, and alien invasions! Whatever end-of-the-world / post-apocalyptic theme you can think of is on TV right now. But in the fray of TV shows for preppers, a lot of good shows have come and gone. If you feel like all of the best shows are canceled prematurely, no one shares your pain like we do. In this list, we want to focus on 11 survival TV shows (past and present) that we think are worth checking out.

This apocalyptic drama which aired back in 2006, was based on the story of a group of people in a little town in Kansas called Jericho as they struggle to survive the affects of nuclear fallout in several major cities around the U.S. The interesting twist to this show is that there is an underlying tone suggesting the government might have actually been complicit in the explosions. The town’s citizens come together to try to restore resources such as power and water and war with neighboring towns over debatable local resources. The writers did a great job with the story line and keep you hooked with the strength and vulnerability of each character. They also manage to sprinkle in some humor for good measure – not to mention the amazing soundtrack. Jericho was suddenly canceled after the first season and was met with a barrage of complaints to CBS from the shows loyal fans. After launching a grassroots internet mega-campaign to revive the show CBS agreed to bring it back for one more season and at least wrap up some of the unanswered questions.
MORE
Wikipedia 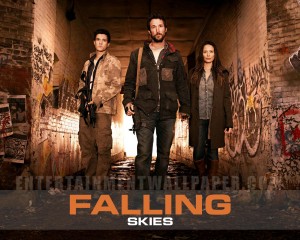 In a world where civilization has been incapacitated by alien attack, we follow the story of a group of rag-tag survivors in the Boston area. In this post-apocalyptic world, there are no more electronics, military’s or major cities left, leaving only a handful of the world’s previous population to fight off the ongoing invasion. The odds are steep and survival is difficult when every day is is spent protecting and caring for the people, while also waging an insurgency campaign against an occupying alien force. 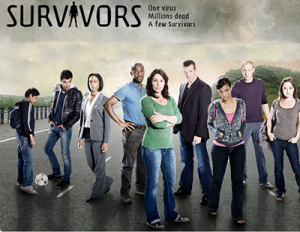 Survivors is a British post-apocalyptic fiction drama that follows a similar premise as a lot of the other survival shows; the pandemic wipes out most of the population, society breaks down, people try to figure it all out. But what I really liked about this one is that they kind of make hero’s out of normal, everyday people who didn’t really even know they had it in them until it really came down to it. They were just normal people until things got crazy and forced them to rise to the occasion, which is what I think we’re going to see a lot of in the E.O.T.W.