Here’s an inspiring story for aspiring DIYers: Matt Pike, a contractor living in Marshall, North Carolina, realized just last weekend that he needed to build a coop for the quickly growing 20 chicks that call his farm home. Luckily for Matt, he was in the process of building two homes (for his family and his next door in-laws). So he dived into the scrap pile and got to work.

The coop is made up of two 4′ by 8′ pallets, a salvaged tin roof purchased at a flea market, assorted lumber, and shingles made from empty beer cans. Matt bought the chicken wire and the latches for the gates, and spent less than $40 on the whole shebang, which he built in less than ten hours. 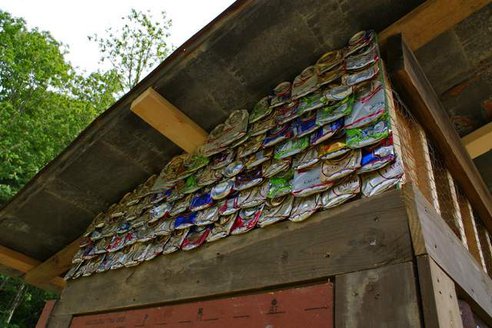 The coop is hardly a work of art, but it’s functional. Of his process, Matt wrote in an e-mail:

I literally dumped a big pile [of scrap] on the ground and started nailing stuff together…I didn’t make a single cut until I filled in the end walls and put the roof on (the carpentry work is probably the worst I’ve ever done, and I did most of the cutting with a chainsaw).

Beauty aside, it goes to show that it doesn’t take a big investment of money or time or an overly fancy design to get the job done. Though as a contractor, Matt presumably is an experienced carpenter.

If you’re interested in building your own coop, it’s not especially hard- Sami lays out how to go about it here. 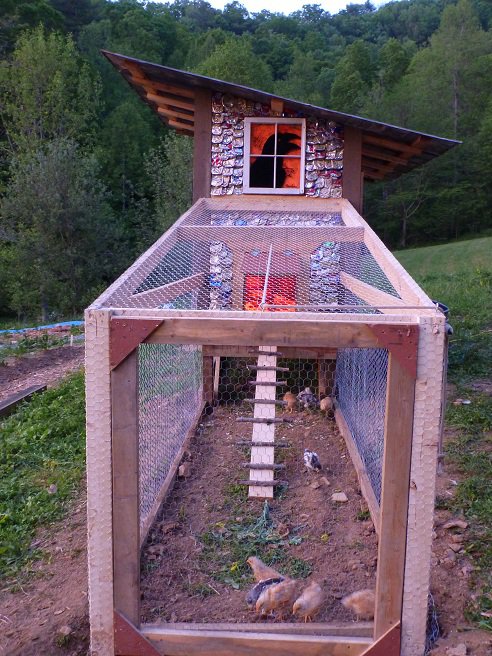