“That whole upper structure can be blown away, debris could fall in here — doesn’t matter, [it] won’t get inside,” says Robert Vicino, a San Diego inventor and real estate entrepreneur. 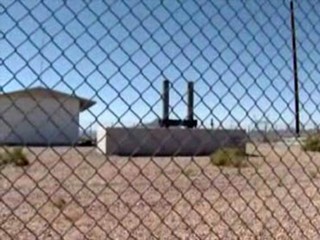 Vicino is the man behind Vivos and his vision is a nationwide network of underground shelters for survival.

“There will be double layers and razor wire. This will be an impenetrable compound when we’re done,” Vicino said while giving me a tour of the site at an undisclosed location in the middle of the desert, halfway between Los Angeles and Las Vegas. 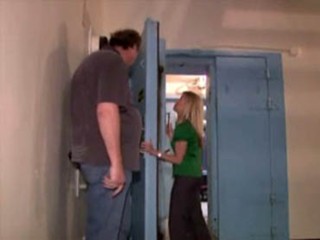 Vicino plans to offer a solution that he calls the ultimate life insurance policy. He says his complex will sustain life in the event of an Armageddon-like disaster, such as a nuclear blast, natural disaster, chemical and biological attacks, or even the predicted end of the world according to the Mayans — 2012. It is a scenario that has often been played out on the big screen and chronicled in newsmagazines.

“It’s kind of like this. You buy an extinguisher for your office or your home, hoping to never have to use it. But you get it well in advance of a fire,” Vicino explained.

Yes, he did say “buy.” Think of it like fractional ownership for the end of the world.

“The only safe place to be will be underground,” Vicino said.

So for a price, you can be one of the “chosen” survivors?

The first is being built here in the Southland this summer, converting an old blast-proof Cold War relic, which was designed to keep copper phone lines alive.

Think the plan is crazy? Vicino said he gets that all the time, but he disagrees. 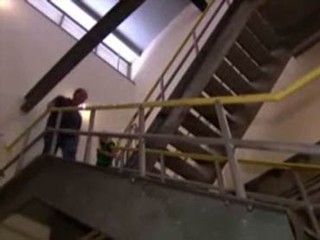 Vicino took me inside, where he plans to spend $10 million convert the old bunker into what appears in drawings to be a modern-day lounge.

“You disrobe here,” Vicino said referring to a decontamination room.

Beyond that, spring-mounted equipment protects in the event of an earthquake.

The entire 14,000 square-foot facility is lined with vents, but a gamma-ray detector outside can trigger them to close up in a nanosecond to keep radiation out.

Vicino said each facility will have food, clothing and supplies for a year for nearly 200 people. He claims that hundreds have already applied ranging from young to old with backgrounds from doctors to plumbers.

Plans even show a detention facility and exercise equipment.

In the event of a disaster, Vicino said owners would meet at rendezvous points and could be escorted in by helicopters before the facilities would be secured.

I asked Vicino if his plan was to drive them into his business by perpetuating fear.

“Not at all, in fact our Web site is very careful not to promote fear, but just to provide an education about all the things that are already out there,” Vicino said.

Vicino stressed that the idea of a shelter is nothing new; in fact he claims the government has top-secret shelters for the elite. He said it’s not the problem he is creating, but rather a solution. 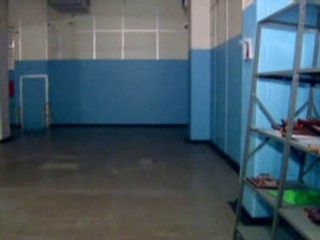 “You know, I’ve had a lot of people say, ‘I don’t know if I want to be around after something like that happens,'” Vicino said adding, “Why? It could be a nuclear blast, you need shelter, but the rest of the world might be fine. Who is to say that the world won’t be fine afterwards? Might have a lot less population, but it could be very nice world.”