Vicious, blood thirsty, unrelentess hordes of zombies; we’ve all heard the stories. But part of the zombie fun is due to the unrealistic nature of it. It could never happen, it’s more like a fantasy.

A rash of flesh eating disease outbreaks have occurred in the last month. Many of the outbreaks occurred near the CDC (Center for Disease Control) in Atlanta, Georgia. Sound eerily similar to the plot of The Walking Dead?

$500,000 in stolen pathology equipment may have hazardous materials

The criminals that stole this lab equipment may have picked the wrong lab to rob. The half a million dollars of equipment is said to have contained and handled flesh eating bacteria.

12 students and 2 teachers developed a severe rash, causing Hazmat crews to decontaminate the classroom those teachers were in when symptoms were noticed.

No confirmation on chemical at Fort Lauderdale International Airport

This particular virus has the ability to go unnoticed for months, scary.

A man, oddly, rushed the front of American Airlines Flight 320. He blasted through passengers and staff.

Hazmat Called After Kids Exposed To Pesticide On Bus

27 adults and children aboard a school bus began experiencing coughing, watering eyes and an “odd smell”.  The official explanation is pesticides which were reportedly used inside the bus. 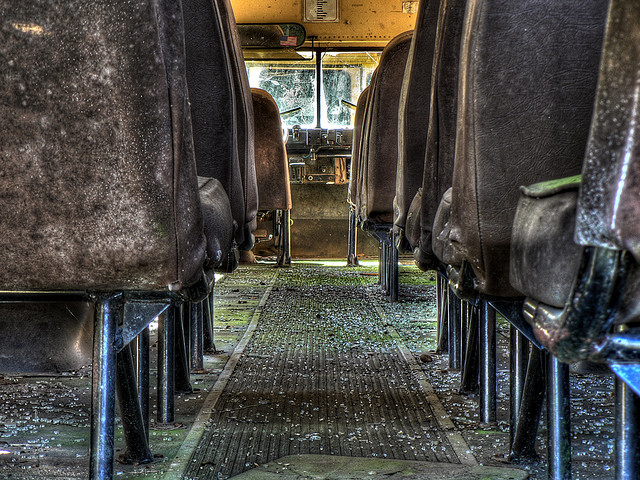 Local anesthesiologist gets pulled over by Florida Highway Patrol. After failing a sobriety test, the man was placed into the patrol car where he then banged his head against the window repeatedly until splitting open he began bleeding. He then spit a mouthful of blood into the police officers face.

The official explanation here is narcotics, particularly LSD. When police arrived on the scene the man was eating the face of another man. The victim failed to comply and was shot and killed during the incident.

Photo of the victim **warning this photo is graphic**

Hackensack Man Stabs Self, Throws Bits of Flesh At Police

A man barricaded in a room threatens to kill himself. After police arrive they attempt to subdue him using pepper spray. This enrages the man and he began to stab himself and throw pieces of flesh at the offices (most notably intestines).
Source

The title says it all, a man killed another man. But he didn’t stop there; he also ate part of the victims brain, heart and other organs. This case differs from others in that the accused did not appear to be intoxicated. However the case is still interesting, ecpecially with the timing.