Surviving a Venomous Snake Bite – What You Need to Know

Survival Spot
How To, Outdoors

The majority of snakes you come across in North America aren’t venomous, however there are a reported 7000-8000 bites coming from venomous snakes each year. Fortunately, very few of these bites actually result in death and this is for a variety of reasons, including awareness and antivenin treatments. Furthermore, snakes often deliver a ‘dry bite’ on humans so that they aren’t wasting their venom which is required to kill prey for food.

In North America, there are four types of venomous snakes: coral snake, rattlesnake, cottonmouth and copperhead. Each snake has their own distinctive markings which you can learn to recognise and this will become extremely useful for when you’re out and about. It’s important to learn the markings of these snakes as other non-venomous snakes have adapted to look like them, as a way to serve a warning to predators.

How to Identify a Venomous Snake?

Here’s an infographic, produced by the guys at Sniff Outdoors, which goes over each snake’s distinctive markings and some key features. This will also cover, briefly, what to do if you encounter one, which we’ll talk about in a bit more in-depth in the body of this article.

How to Prevent a Snake Bite?

If you’re out for a hike or going camping with your friends, it’s important to be aware of your surroundings and have a knowledge of which snake is likely to live in that habitat. With this knowledge, you will be far more conscious of where you tread or place your hands. A large majority of snake bites actually come from human error i.e. walking too close to where a snake is lying or turning over a log to find a snake was underneath.

Gaining an understanding of the habitats of each snake and being aware of some key behaviours will go a long way to help to prevent a snake bite from actually occurring. For example, does the coral snake prefer to hide under rocks and leaves? Do cottonmouth snakes only live by the water or do they bask on rocks too? 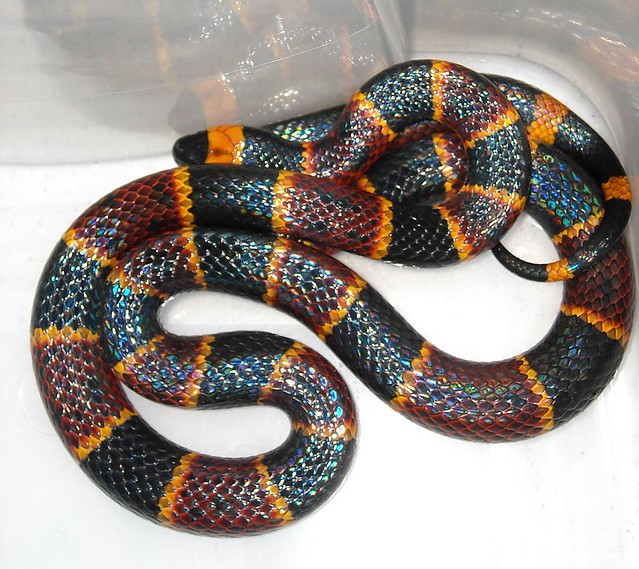 This snake and its subspecies tend to live in forested areas, spending most of its time underground or hiding in leaves. As well as enjoying staying in jungle areas, they are also found in the sand hills of Southeast United States.

It can be hard to tell the difference between the coral snake’s head and tail which it uses to its advantaged when it feels threatened. It will coil its head into its body and raise its tail, which many people confuse with the head.

Keep in mind the rhyme ‘Red and yellow, kill a fellow. Red and black, friend of Jack’ if ever you come across one. On the venomous coral snake, the red and yellow bands are always touching. Some non-venomous snakes have similar colorings, however not in the same order. 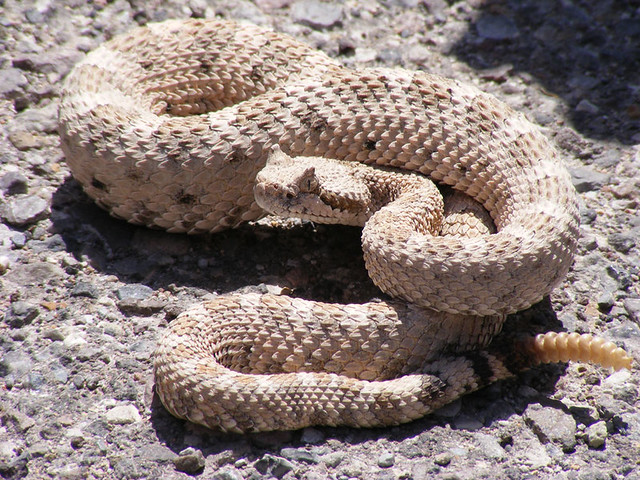 The large majority of rattlesnakes are found in South-western United States. The most obvious feature of the rattlesnake is the tail, which acts as a warning signal to threats. As well as their rattle at the end of the tail, rattlesnakes also produce a hissing noise, in a similar manner to a cat hissing when threatened.

Rattlesnakes live in a variety of areas, including grasslands, swamps, bush and rocky areas. In warmer temperatures, they like so soak up the sun on rocks or open areas. However, they also spend a lot of time in rocky dens and some will hibernate in winter conditions.

Similar to coral snakes, when threatened, rattlesnakes coil their body, however instead of raising their tails, they will raise their head, which gives them a greater ability to strike if needed. 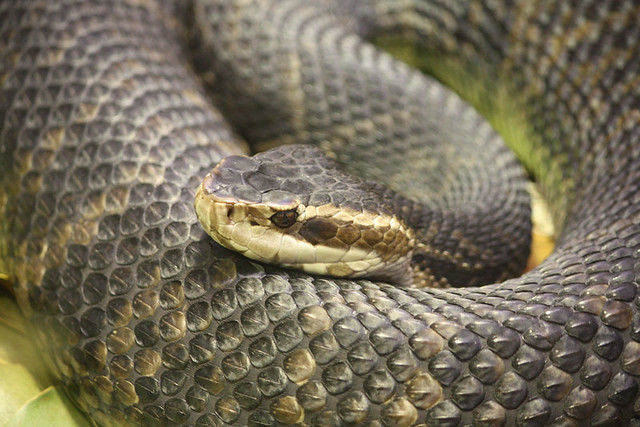 Also know as the Water Moccasin, this snake is semi-aquatic and prefers to live in and around water, such as swamp or marsh areas. When not in water, due to the fact they are cold blooded, they will spend time raising their body temperatures by basking on rocks.

The cottonmouth has a thick body with a blocky head and dark brown cross bands. Sometimes in older snakes, the skin coloring is so dark that it appears to have no visible markings, which can make it trickier to identify.

Living in Southeastern US, the cottonmouth can be found most places where water is involved, like ponds, rivers, swamps and lakes. Unlike most other snakes, the cottonmouth tends not to retreat in face of threat, which gives it a reputation for being aggressive. Similar to the rattlesnake, though, it will coil its body and raise its head to be ready to strike. 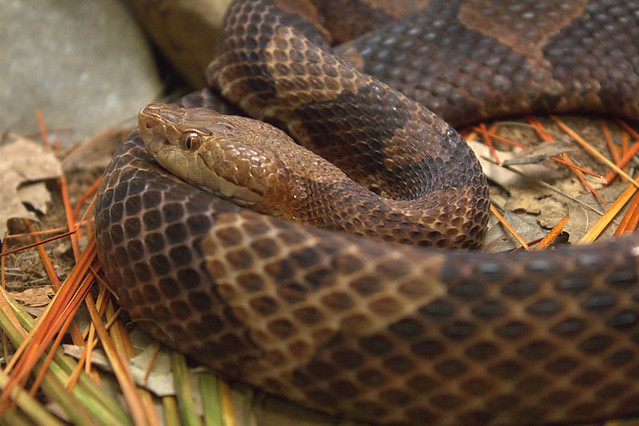 Its name is given by the light brown/read appearance and copper colored head. The outline of their cross bands tend to be darker, with the inside coloring being a lighter shade of brown. They’re at their widest at the top of their back and narrower down their side, which is the opposite of the cottonmouth’s cross bands.

The copperhead has a large range, across northern and southern US, with their largest range being from Alabama to Massachusetts and Illinois. Similar to rattlesnakes, they have a variety of habitats however primarily they like to stay in forested or rocky areas such as mountains, next to streams or canyons. It’s not uncommon to see them in suburban areas hiding under rocks or in old, abandoned buildings.

Although copperheads usually hunt alone, they can be found on rocks with other snakes and are seen as a sort of ‘social snake’. It can be hard to spot this snake, which means humans can easily make a mistake by treading too closely.

Precautions to Avoid a Bite

You should now have a fairly good understanding of venomous snake behaviour and their likely habitats. There are also some things you should and shouldn’t do, which will set you in good stead for preventing a bite from occurring. Prevention is much better than having to deal with a bite.

What Should You do if You’re Bitten?

If you do land yourself in the unfortunate position of becoming victim of a venomous bite, make sure to follow the next few steps. It could be the difference between a minor inconvenience to a bigger problem.

***Please note there has been some controversy as to whether or not you should apply pressure or use a tourniquet for a snake bite.  Please see the following resources and make an informed decision when deciding the best method to treat a snake bite.

“Applying [PBI] with a pressure between 40 and 70 mm Hg in the upper extremity and between 55 and 70 mm Hg in the lower extremity around the entire length of the bitten extremity is an effective and safe way to slow the dissemination of venom by slowing lymph flow (Class IIa, LOE C). For practical purposes pressure is sufficient if the bandage is comfortably tight and snug but allows a finger to be slipped under it. Initially it was theorized that slowing lymphatic flow by external pressure would only benefit victims bitten by snakes producing neurotoxic venom, but the effectiveness of pressure immobilization has also been demonstrated for bites by non-neurotoxic American snakes….”