Home
How To
Health & Medicine

Survival Spot
Health & Medicine, How To

Updated: 8/16/17 Did you know that in a nuclear fallout emergency having something as simple as potassium iodide tablets

on hand could actually save your life?

With talk of WW3 and nuclear strikes from North Korea all over the news this week I really started thinking about how important it is to make sure we have sufficient supplies on hand to protect our families. This kind of thing is not easy to find; if a warning were issued the nuclear fallout was scheduled to hit your area in a matter of hours or even days everyone would be scrambling to make sure they have their preparations in order. Most regular retail stores do not carry potassium iodide or anti-radiation tablets. Some specialty health food stores, survival stores and possibly camping supply stores may carry them but their inventory would run out quickly in the face of a nuclear fallout threat.

That’s why I went ahead and ordered a couple of extra bottles yesterday. I figure it never hurts to have extra on-hand for the neighbors or whoever might need them since obviously I don’t need them all for myself.

Sources are reporting that local health food stores have been  completely wiped out of all potassium iodide tablets and  many suppliers are sold out as well.  As word of the potential nuclear war has spread, people have been emptying the shelves of potassium iodide and alternative solutions.

After making some calls, I did not find any potassium iodide tablets for sale locally. However, I did end up with some good advice on alternative therapies and even some suggestions that the potassium iodide tablets may not work for the type of radiation we would experience from a fallout. The CDC has a great article with all the facts on potassium iodide, what exactly it does inside the body and what it can and can not protect you from. However there are also some rumors flying around the web that there are some serious side affects from taking this drug, ironically one of them is cancer – the exact thing it’s supposed to prevent.  Be sure to do your research and make an informed decision on your purchase.

. But I wouldn’t doubt if they’re quickly on their way to being sold out as well.

I like to take a multi-pronged approach when it comes to survival so here’s what I found out in case you’re looking for a little more assurance against radiation poisoning. 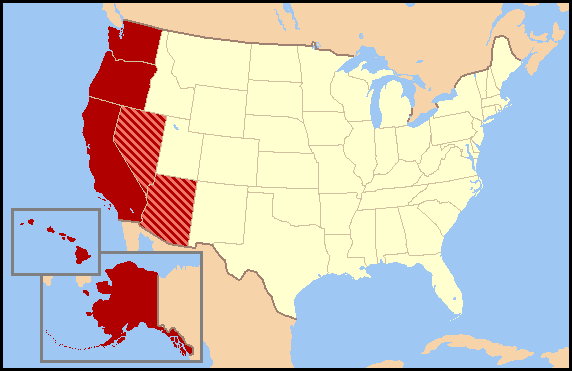 Several sources suggest that Kelp may be used to treat the affects of radiation on the body. Many “green foods” such as kelp, seaweed, wheat grass or any other source of chlorophyll will have similar properties.

In two separate studies, scientists in Spain found that nothing fights radiation damage to micronuclei like a simple garden herb known as rosemary.

“In Chernobyl, for instance, spirulina was used to help save many children from radiation poisoning. By taking 5 grams of spirulina a day for 45 days, the Institute of Radiation Medicine in Minsk even proved that children on this protocol experienced enhanced immune systems, T-cell counts and reduced radioactivity. Israeli scientists have since treated Chernobyl children with doses of natural beta carotene from Dunaliella algae and proved that it helped normalize their blood chemistry. Chlorella algae, a known immune system builder and heavy metal detoxifier, has also shown radioprotective effects. Because they bind heavy metals, algae should therefore be consumed after exposure to any type of radioactive contamination.”

When Hiroshima and Nagasaki were bombed with nuclear weapons in WW II, a
follow-up study was done on the health of the Japanese people. The fact that many did
not have as serious health repercussions as expected was attributed to the regular
inclusion of miso soup and seaweed in their diet.

Researchers claim that niacin had been a definite point of study as an antidote to radiation exposure and has also proven to be an extraordinary effective catalyst for the discharging of radiation.

Read about the effects of radiation on the body here.

Effects of Radiation on the Body

We can not provide you with medical advice, dosage information, potential drug/herb reactions, or assistance with questions relating to injury, illness, etc. We are not licensed practitioners, pharmacists, or researchers. We are legally restricted from answering your health related questions. The information contained on this website has not been evaluated by the U.S. Food and Drug Administration. The information provided by Survival Spot Blog is not presented with the intention of diagnosing any disease or condition or prescribing any treatment. It is offered as information only, for use in the maintenance and promotion of good health in cooperation with a licensed medical practitioner.

How to Build a Root Cellar

Three Strange Survival Items to Carry With You All the Time